I have amazing parents. They traveled half way around the globe to see me! Love them for it. FPU’s (father parental unit) philosophy is if my child is gonna study abroad then I am gonna get a vacation out of it. Definitely glad they got to come and see Istanbul and glad I was able to somewhat be a decent tour guide for them in this grand city.

My parents couldn’t have come at a better time. The weather in Istanbul was beautiful, I had not started courses yet so I could hang out with them and well let’s be real – after my 2 weeks in Europe my bank account was floundering so padre’s wallet was much appreciated.

We did a vast majority of the tourist things from the Grand Bazaar to Blue Mosque to the Basilica Cistern. We mixed it up with some of the less traditional adventures of climbing steep hills in the neighborhood of my university and hunting down a tax office and making friends with the “local watering hole” waiters. We even ventured out to the Prince’s Islands and avoided death by horse carriage and my parents mastered the Istanbul bus system solo. Hats off to them (: –> I do get all my travel sense from them after all. Many purchases were made to include not 1 but 2 rugs, a couple kilos of Turkish delight and the obliged evil eye(s). You better believe that the Turkish Delight addiction runs family deep.

Now a photo gallery to commemorate their visit. Yes Kimber – please do include some of these in the annual photo calendar that I am hoping you will make for Xmas. PS if you weren’t thinking of making one that is my straightforward hint that you really should reconsider. Or maybe that was more straightforward…

Many deja vu moments were had while showing my parents the sites of Istanbul since I hadn’t ventured into them since my trip here back in winter 2008/2009 so there were lots of flashbacks and half memories refilled.

These are not all the photos of everything we did – but I think it gives a good taste of the great time the three of us spent together (: 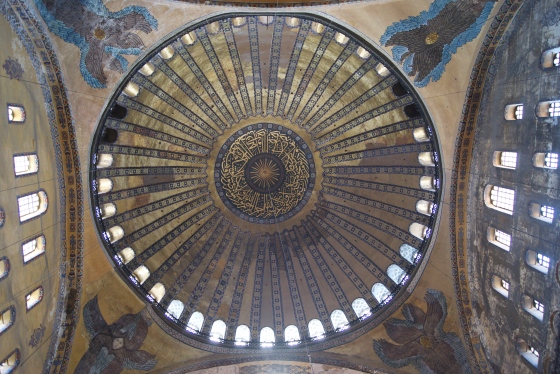 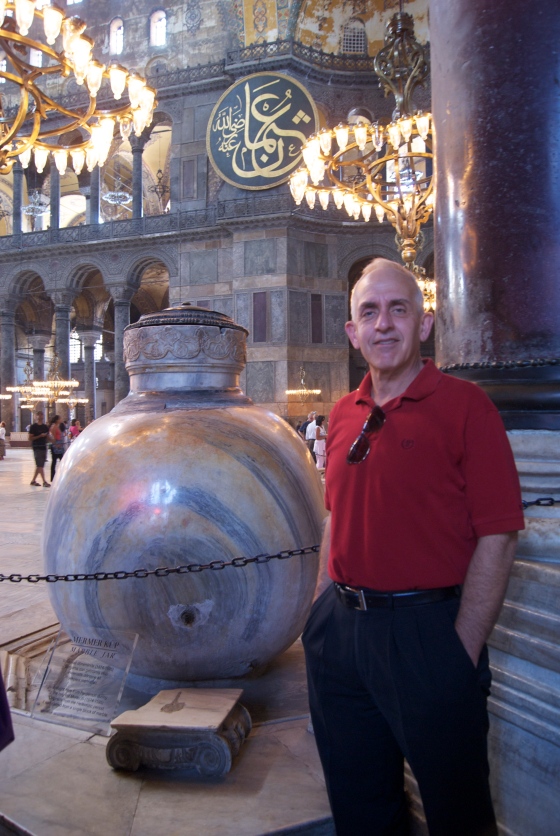 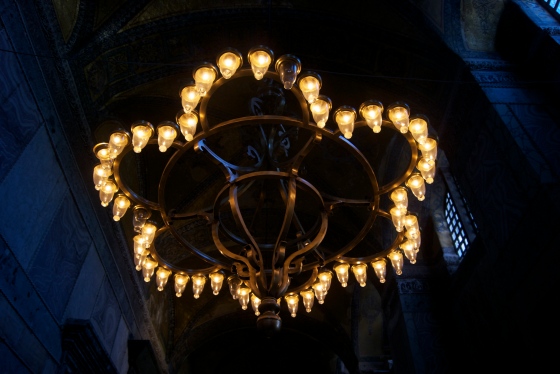 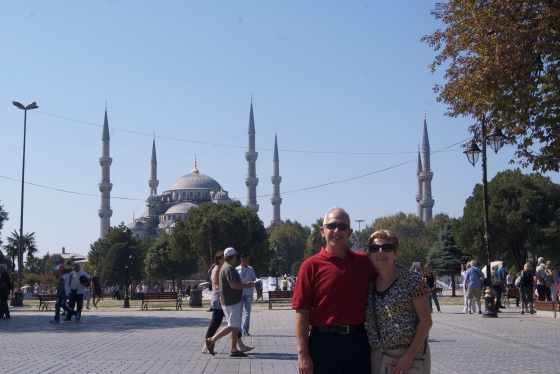 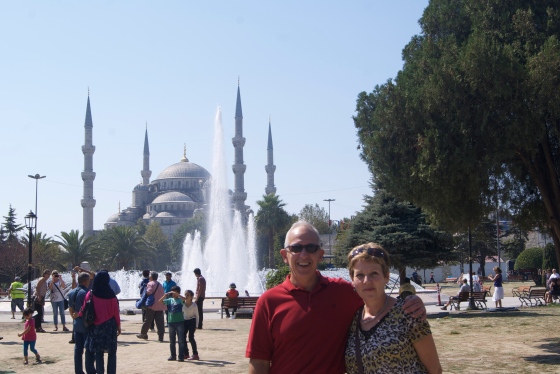 Parents waling on the top level of Galata Bridge – in the background are Topkapı Palace, Ayasofya and Blue Mosque 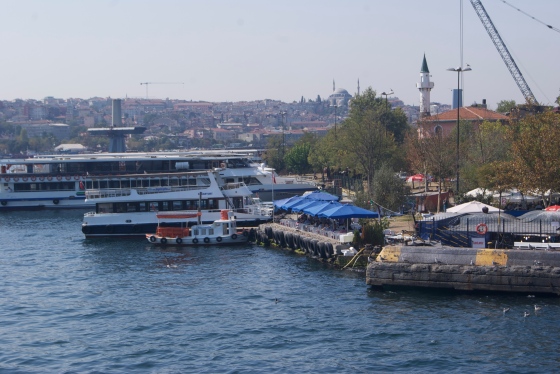 The blue umbrellas is where we had our lunch 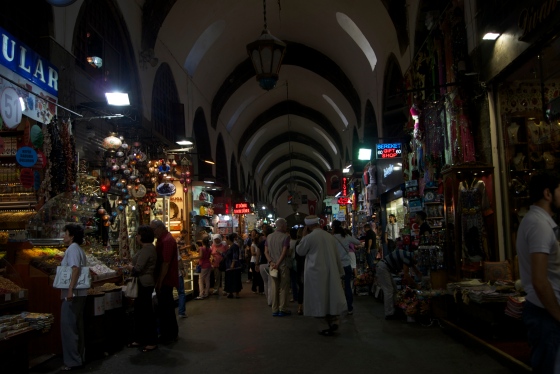 The entrance to the Spice bazaar 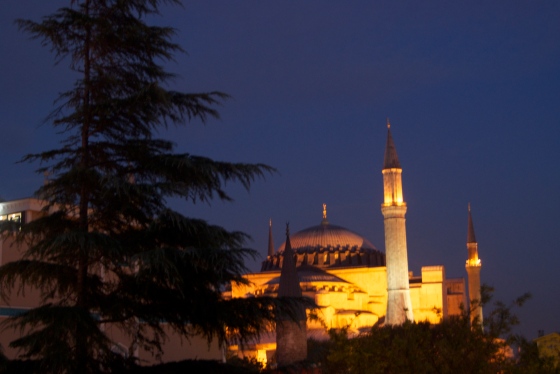 One of the amazing dinners we had – way too much food

Ayasofya view from outside Blue Mosque 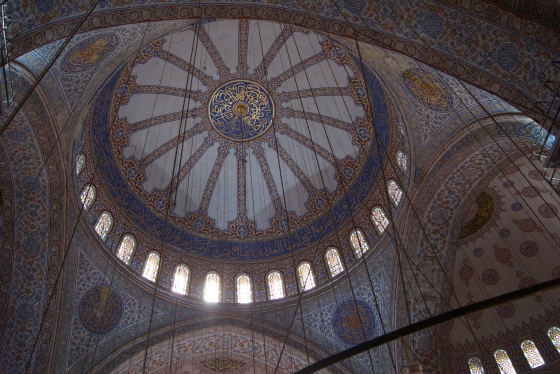 Window’s in the Harem Section of Topkapı Palace 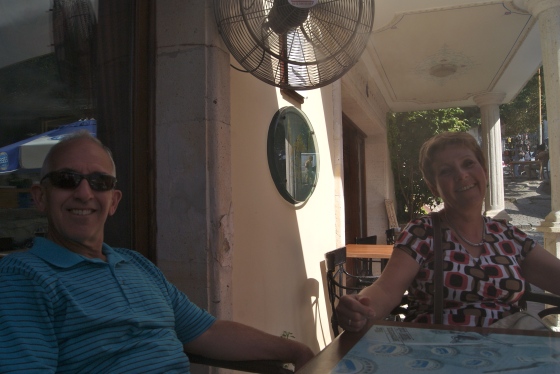 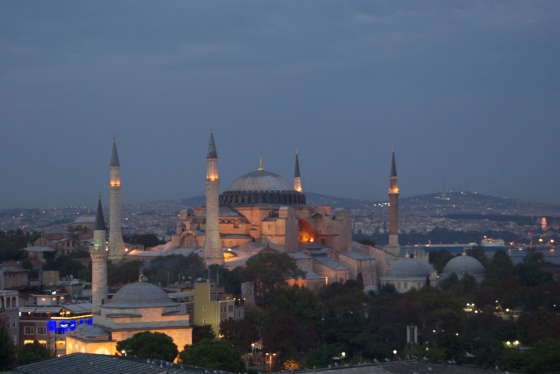 Ayasofya at night – from the rooftop of my parent’s hotel

Ayasofya and Blue Mosque at night from my parent’s hotel 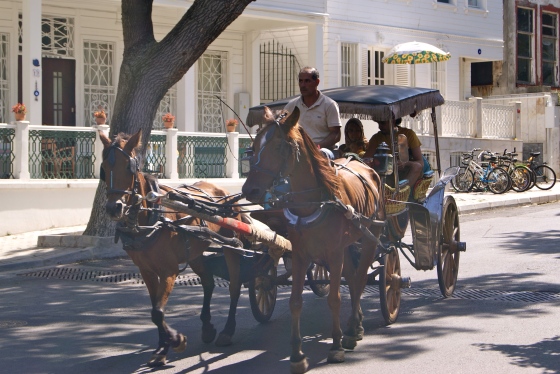 All the boats flying the Turkish Flag

A ladder off the rocks 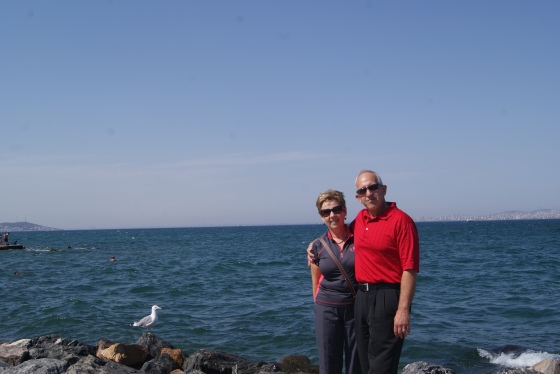 Parents out on the Island 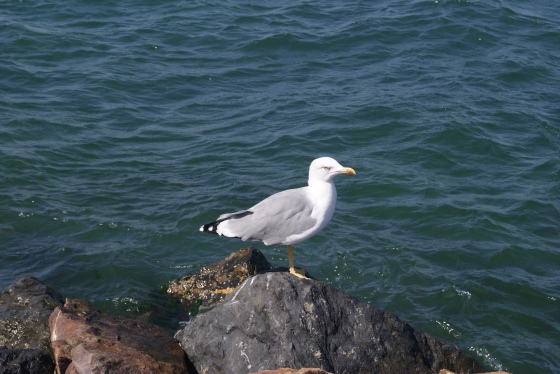 3 thoughts on “Parentals in Istanbul”